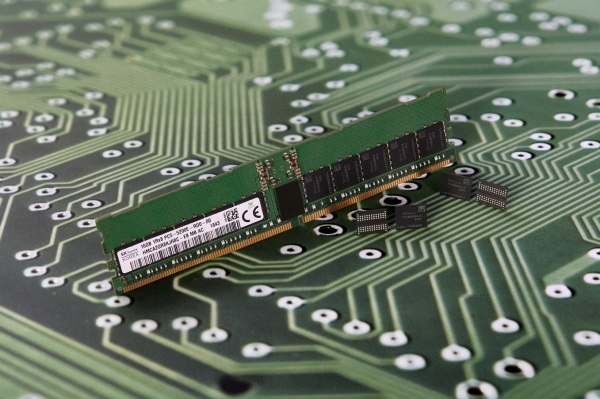 Samsung Electronics and SK Hynix are at a war of nerves over the announcement of development of next-generation DRAM, subtly.

SK Hynix officially announced on 15 Nov that it has developed “world’s first” DDR5 DRAM for Servers and PCs (Reference: SK Hynix Opens A New Era of Next-Generation DDR5 DRAM). When combined with industry opinions, Samsung’s DRAM executives reportedly showed a cynical negative reaction towards the news. It is all due to its former announcement in July on its own development of world’s first low-power LPDDR5 DRAM for mobile devices. In the press release, it said “We also developed DDR5 DRAM in Feb”.

While acknowledging the fact, SK Hynix also said it supplied samples to the world’s largest PC and server chip companies and that met the standards of JEDEC for the first time. That’s why it claimed the title of the world’s first. Intel has drawn a roadmap to introduce PC and server CPU that support DDR5 in 2020. Cho Joo-Hwan, Executive Director of SK Hynix DRAM development business said, “Based on technical competitiveness in manufacturing JEDEC-standard DDR5 DRAM products for the first time in the world, we are planning to actively respond to demands of customers by starting mass production in 2020, when DDR5 markets are held. Samsung Electronics did not respond to the questions regarding official opinions on such issues.

“Some in the industry said, “world’s first 4D” was a marketing term when SK Hynix developed 96-layer NAND Flash”. “SK Hynix has been aggressively promoting its culture and technology outside of the market lately”, said a representative in the industry.